In this seventh book in the Gorean Series, beautiful and headstrong Elinor Brinton of Earth finds herself thrust into the savage world of Counter-Earth, also known as Gor. Brinton must relinquish her earthly position as a beautiful, wealthy and powerful woman when she finds herself a part of the harsh Gorean society. She is powerless as a female pleasure slave in the camp of Targo the slave-merchant. Forced to learn the arts of providing pleasure to any man who buys her, Elinor is determined to escape. Nevertheless, she is sold for a high price, and her master is determined to get his money’s worth

WRITING
John Norman’s prose is dry. So, so very dry. I was hard pressed to get anywhere in these books. I initially tried to read the first in the series, Tarnsman of Gor, which follows the series more or less main character Tarl Cabot, but I found I just couldn’t get through it, as it was so bogged down in boring details. Having heard that the Gor books get progressively more porny as they go, I thought I’d pick up one a little later down the line, one about a sex slave. Surely, she would have more interesting things befall her? This is one of the ones that follows one of the women abducted from Earth to be made a slave girl in Gor, Elinor Brinton. Elinor Brinton narrates her experiences from the initial abduction from her life on Earth and through her adventures being enslaved on Gor. It’s written entirely in stream of consciousness and simple sentences that are so basic I felt like I was reading See Spot Run. There’s very little in the way of description, very little emotional impact, and very little that happens, as Elinor is dragged in chains through the world of Gor and tossed into cages and gradually comes to accept her position as ‘kajira’. It was all I could do to get through it, it was so mindnumbingly dull, even when interesting things were happening. A whole whipping or punishment scene flies by in passages like “I was whipped. I wept.” instead of any kind of real prose fleshing it out in any kind of experiential way.

EMOTIONAL ENGAGEMENT
It should come as no surprise that there’s little evidence in Captive of Gor for engaging character study, and that Elinor is as cardboard cutout as they come (Tarl from the amount I managed to read of Tarnsman was no better) but it’s worth noting the sexist portrayal here of women. Elinor is utterly vapid, and her thoughts are an endless stream of consciousness of emotional reactions and inconsistency. She’ll begin a scene deeply believing something- for example, “I am not a slave!” and then by the end of it suddenly having a complete change of heart and thinking something astronomically opposite like “He was right- I, Elinor, was a slave after all!” which could be the end of an entire conditioning plotline but actually just comes and goes at random depending on her moods. She’s also incredibly uncharitable towards the other slave girls, constantly comparing herself in looks and in behaviour with them, at times resenting them for being more beautiful than she is, sometimes being angry with them for behaving as willing slaves, and other times considering them her close friends. In fact female cattiness and competition is a constant, and incredibly boring, recurring theme of the story, in how she sees both herself and other women. She’s constantly bemoaning in her internal monologues how she, a rich and spoiled hot girl back home, could possibly be reduced to this, with the underlying implication being that women are vapid and stupid and need to be controlled to find their actual peace of mind.

WORLDBUILDING
Gor‘s biggest aspect is worldbuilding. Tarnsman started out with long passages of exposition about the world of Gor, and the major bulk of Captive is spent wandering through the various locales of Gor. For someone who really really enjoys getting to see fantastical places and learning about geography, regional culture and political systems of an archaic age, Gor offers a lot, and there’s a reason why a lot of people praise its worldbuilding in the same breath as they denigrate the gender politics of the series. That said, I found the worldbuilding fairly generic, and hampered a lot by it’s dry prose which lends itself to far more telling than showing. It’s very much a typical barbarian fantasy planet with a vaguely kind of middle-ages setting, where might rules with an iron fist and everyone lives within regimented castes. It’s a Sword and Planet series, very reminiscent of other titles like the Barsoom series, and all of it’s worldbuilding from my limited experience with the series (about a book and a half) revolves around this kind of machismo fantasy of brawn. I like its setting to an extent, and think it would actually make a very fun tabletop RPG setting to play in, but it doesn’t bring much unique to the table aside from the barbarian slavery aspect.

STEAMINESS
So of course, the Gor books are most infamous for their sex slavery content. Despite this being the part of them that most people decry, it was the part I was the most looking forward to. There’s something kind of sexually appealing in the fantasy of that kind of male machismo where big burly barbarian men lay claim to their women and force them into sexual subjugation that I find intriguing, and can certainly see why it might spawn an entire BDSM subculture of its own. Unfortunately there’s not a whole lot of actually explicit content, at least in Captive, and a lot more of women simply being dragged around the Gorean country side in chains and cages. I kept waiting to get to “the good stuff” and finding that there just wasn’t much “good stuff”, and what “good stuff” there was was, as I said, is barely described or explored beyond a few sentences. Aside from that, the author really does not understand the submissive POV very well, and writes Elinor’s submission in an incredibly boring, unrealistic way. Although there is lip service to the idea that there are indeed free women in Gor and there are male slaves, the focus of the prose seems to remain on this concept of female submission being innate in Elinor by virtue of her gender, which definitely rubbed me the wrong way, but also her voice just did nothing to convince me that Norman knew at all what he was writing about when it comes to writing a submissive character.

In theory, I love a lot of the ideas in the Gor books, but in execution it falls utterly to pieces. Its gender politics are terrible, its ability to portray believable submissive mindsets is nonexistent and its prose is just incredibly mind numbingly boring. I understand why this created a subculture, because there’s a lot of hot fantasy ideas present that could have been done much much better, and I still stand by saying playing within the world of Gor as an RPG would be quite fun, its actual canon content and characters are a complete swing and a miss.

Have you read Captive of Gor? Let me know what YOU thought by leaving me a comment!

Buy Captive of Gor on Amazon 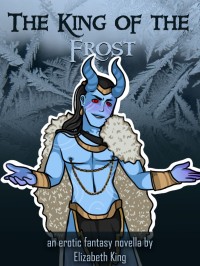